Posted on February 11, 2011 by FarBeyondTraveling

Malaysia is a mixture of ethnic communities (Indian, Chinese, Muslim, indigineous people of Peninsula and tribal people of Borneo) that all together create a colourful culture and a fusion of cuisines that make Malaysia such a fabulous destination.

But honestly speaking though the real Malaysian beauty is found in the fusion of it all, the country might seem to be losing its national identity. We personally found Malaysia colourful but faceless: the cuisine is so diverse but you’ll hardly find any typically Malay food, there are so many customs and traditions but God knows what is characteristic of Malay culture, the coexistence of Christian cathedrals, Chinese temples, Muslim mosques and Indian shrines is a predominant feature of KL urban landscape but we didn’t find any examples of particularly Malay religious architecture. 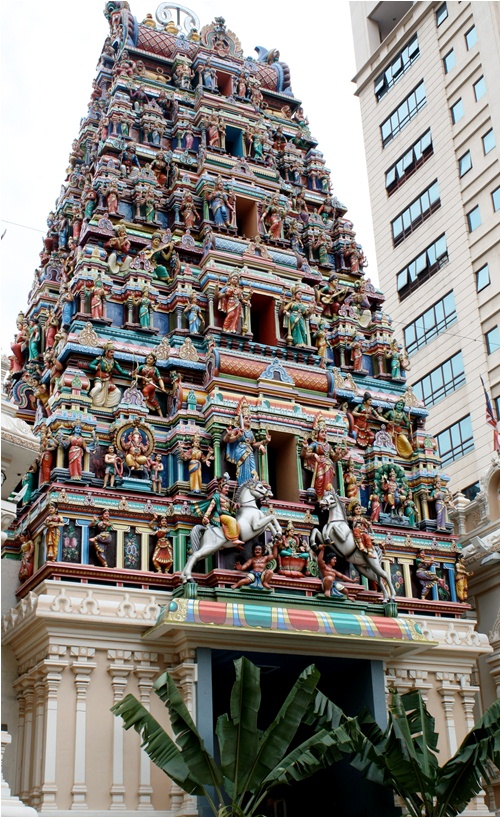 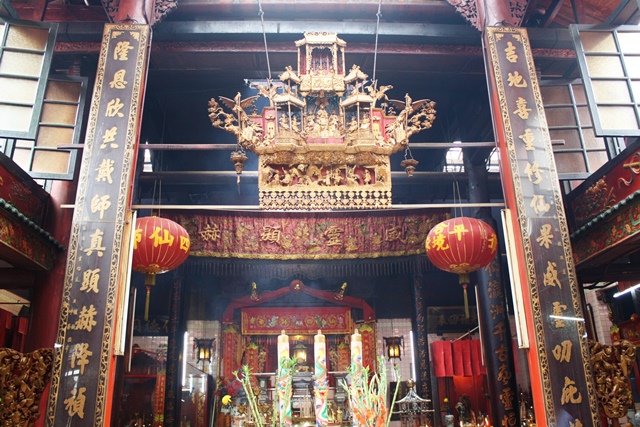 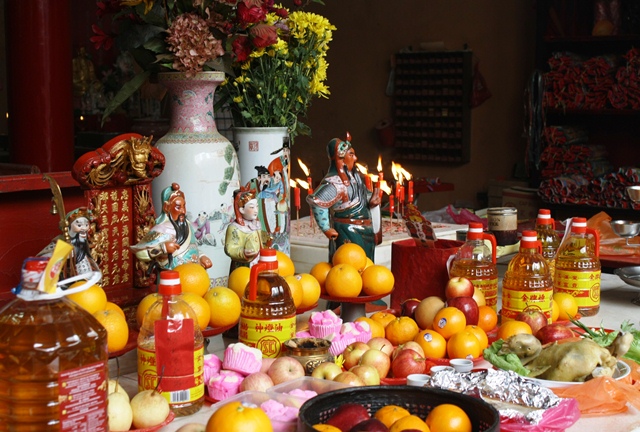 ↑↓ Inside the Chinese Temple ↑↓

We’ve only managed to visit Kuala Lumpur (KL) though, the capital, a huge 21st century megapolis with lots of skyscrapers, high-rises, skytrains and shopping malls that spring up around small ethnic neighbourhoods like omnipresent Chinatown, Little India and Muslim quarter. 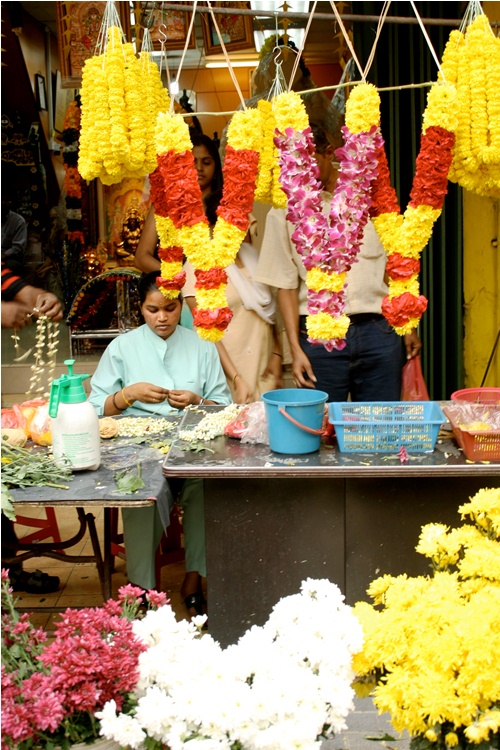 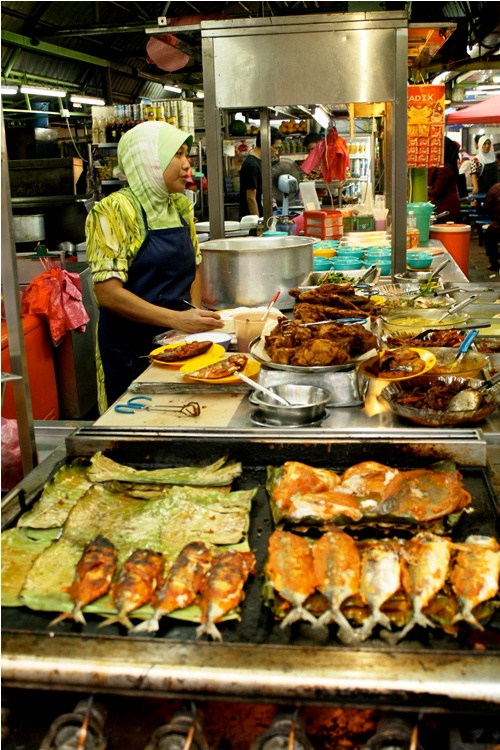 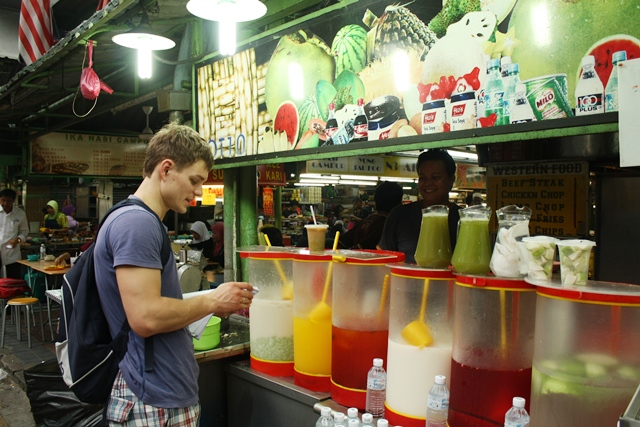 ↑ Juices on draught, no beer in Muslim quarter 🙂 ↑ 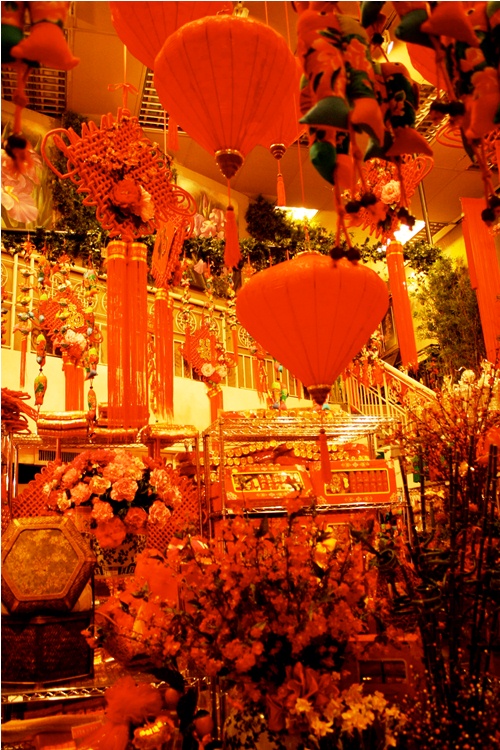 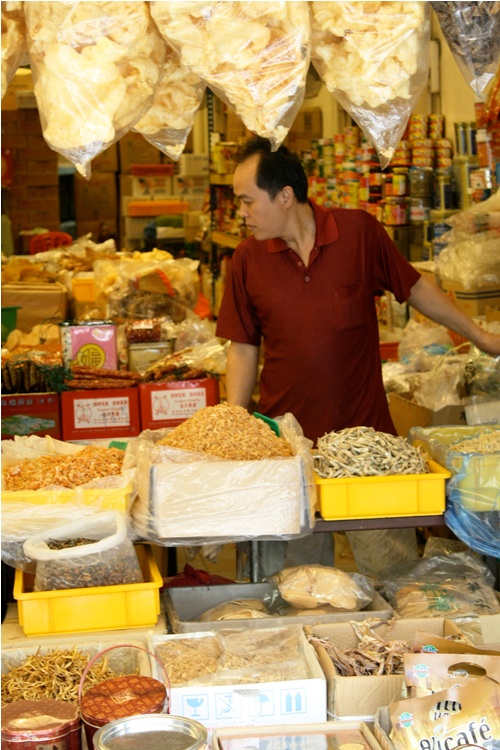 In the heart of it all is the historic centre – Merdeka square from where the Independence declaration was proclaimed in the 60s. Despite the fact that Malaysia became a sovereign state not so long ago nothing reminds us of the British rule except for the old colonial buildings scattered around the square. 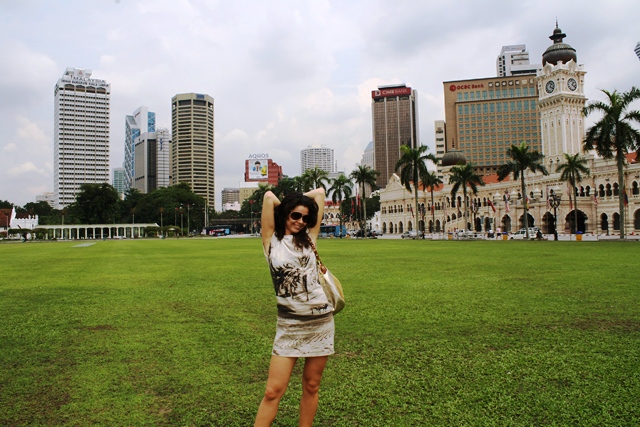 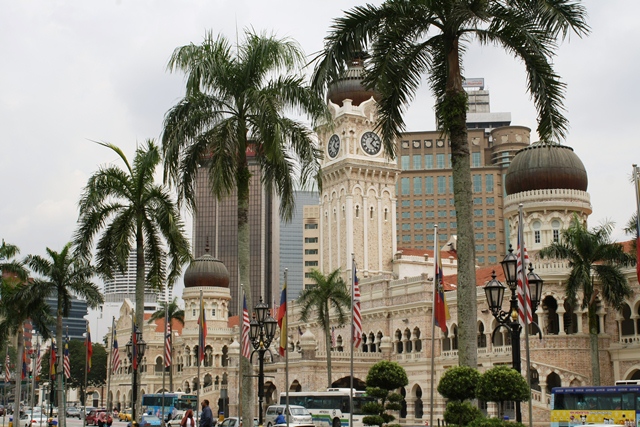 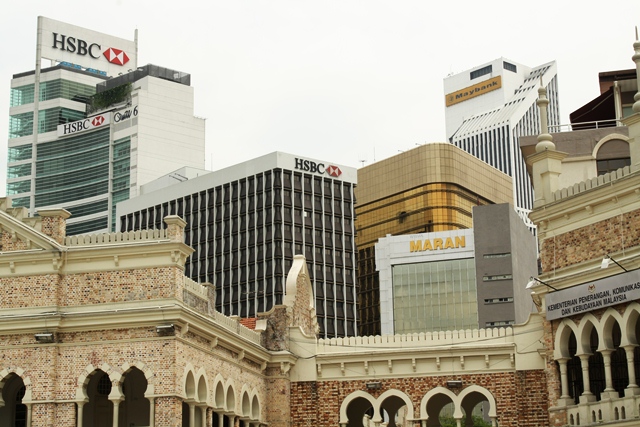 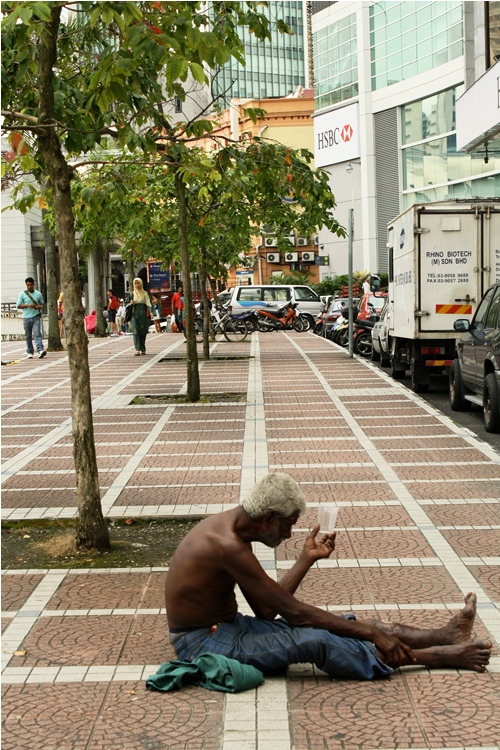 Also found here is the spiritual centre of the city – the famous Masjid Jamek mosque –  now bordering a chain of ultramodern steel-and-glass office and appartment blocks. 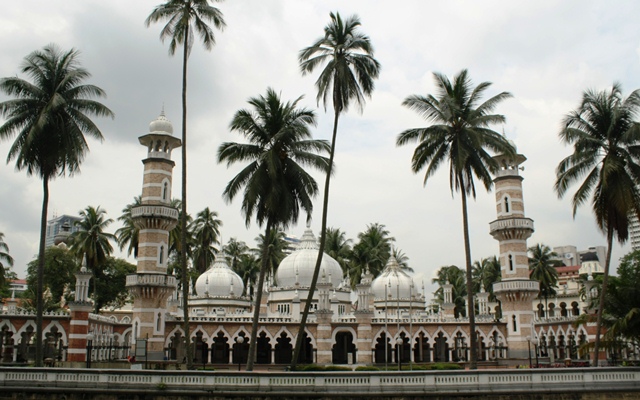 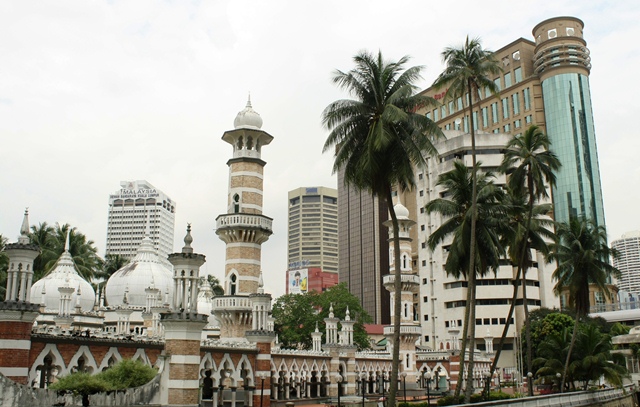 But the best examples of Malaysian rapid economic growth can be found in the central KL’s business, shopping and entertainment district (KLCC). The culmination of new architectural styles is the renowned Petronas towers, the headquarters of the national petroleum company and formerly the world’s highest skyscraper. We were very lucky as our host from couchsurfing (if you don’t know what it means then it’s a long story – so ask for more info if you are interested) lives on the 25-th floor in a skyscraper located almost in the very KLCC, so the night view we enjoyed from his balcony was really awesome… 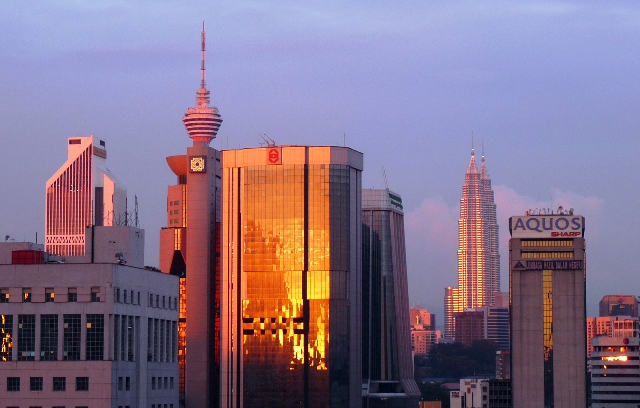 ↑ View from our couchsurfer’s appartment ↑ 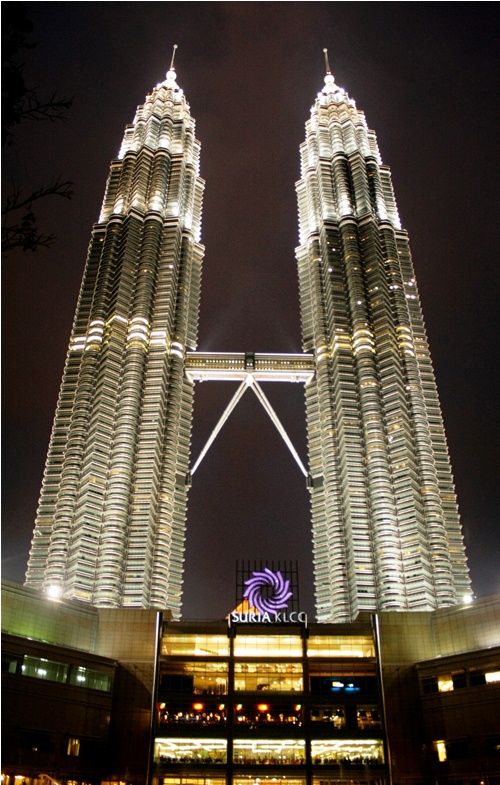 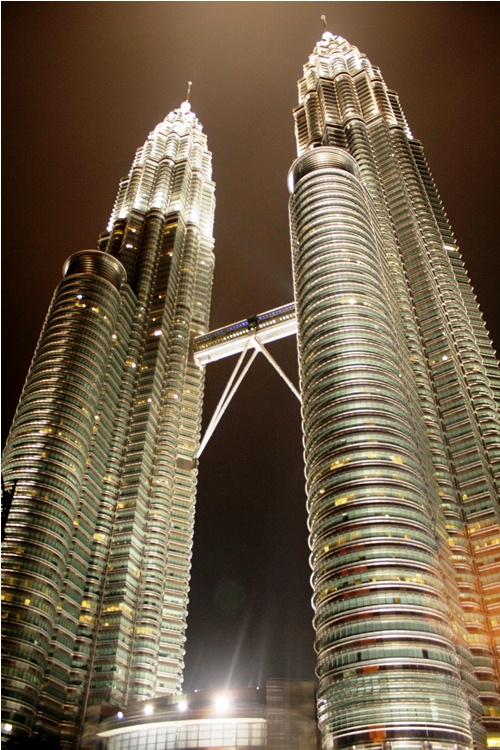 Reading all this you might think that KL is a huge city to explore but in fact it turns out to be pretty small and easily manageable. You can see all the above mentioned just in one day without rush, e.g. walking from Chinatown to Little India won’t take you more than 10 min, Merdeka square is  a 10-15 min walk from the Muslim quarter, while traveling from the old town or the railway station to KLCC only takes you around 20 min by metro or skytrain. That said, I guess that 2-3 days is more than enough for this capital.

We mostly enjoyed our second day in KL, for which the highlights were reserved.

The visit to Batu caves outside KL was one of the most memorable experiences of our whole SEA (SouthEast Asia) trip I would say. The system of 3 caves, Temple cave being the most popular one, is one of the most important and sacred destinations for Indian pilgrims. We were lucky enough to visit the Caves during the Thaipusam festival and watch colourful processions climbing up a flight of around 300 steps leading to the temple inside the main cave and engaging in sort of devotional feats. 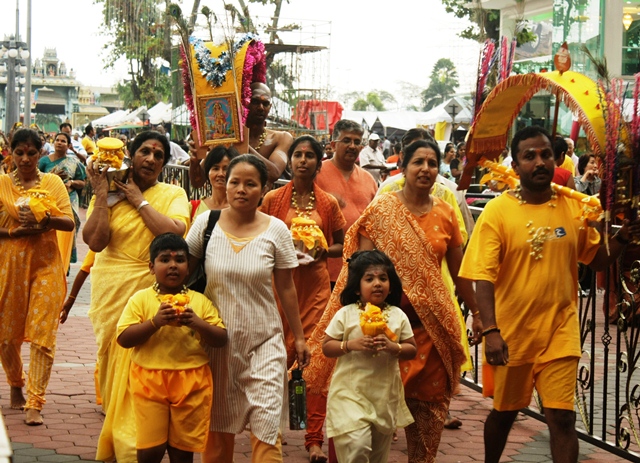 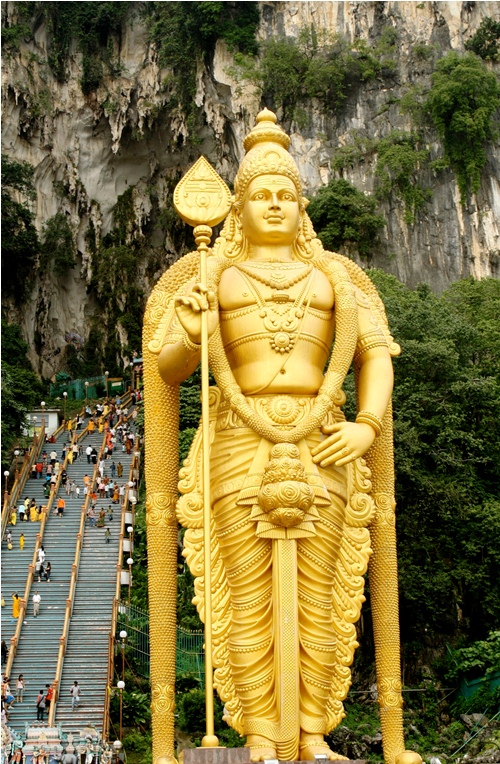 The statue of Lord Muruga located at the entrance is the biggest in the world by the way.

Another highlight was the visit to Lake Gardens and Bird Park. As KL grew up from the jungle at the confluence of 3 rivers (here’s the origin of the name: “KL=muddy confluence”), the city remains one of the greenest in SEA despite its fast industrial development. And here, in this green city, Lake Gardens is a favourite spot of Malaysians as well as foreigners to escape the midday heat and concrete of the busy city centre. One of its main attractions is 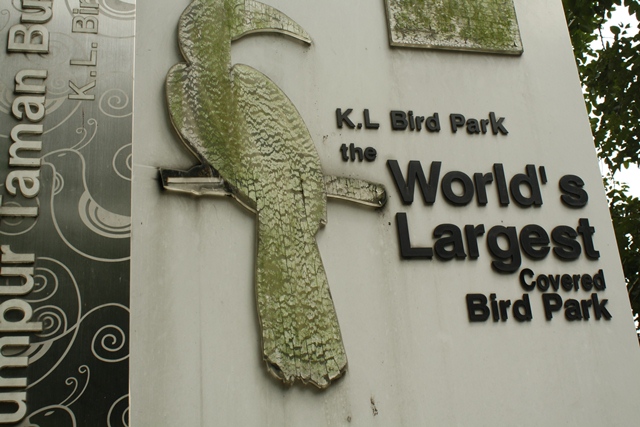 Check out pictures and read more about the Bird park here…

Summing it all up, KL was our first destination, the start of our journey, not the most impressive city on our way but still quite enjoyable. Moving on, our next destination was Singapore – the highlight of our trip in itself! Our original plan was to make a stopover on the way to Sinagapore and visit Melaka, the ancient capital of Malaysia, a small town of major historic and cultural significance, but then we decided to spend some more time in KL and finally took an overnight sleeping bus to Singapore (6 hours).

Not to be missed next time: Malaysian Borneo